You need to be familiar with anatomical locations when performing a physical assessment for two reasons: Let’s examine how to identify these anatomical locations. See Figure 1.7 for an overview of anatomical reference points and the descriptions here: 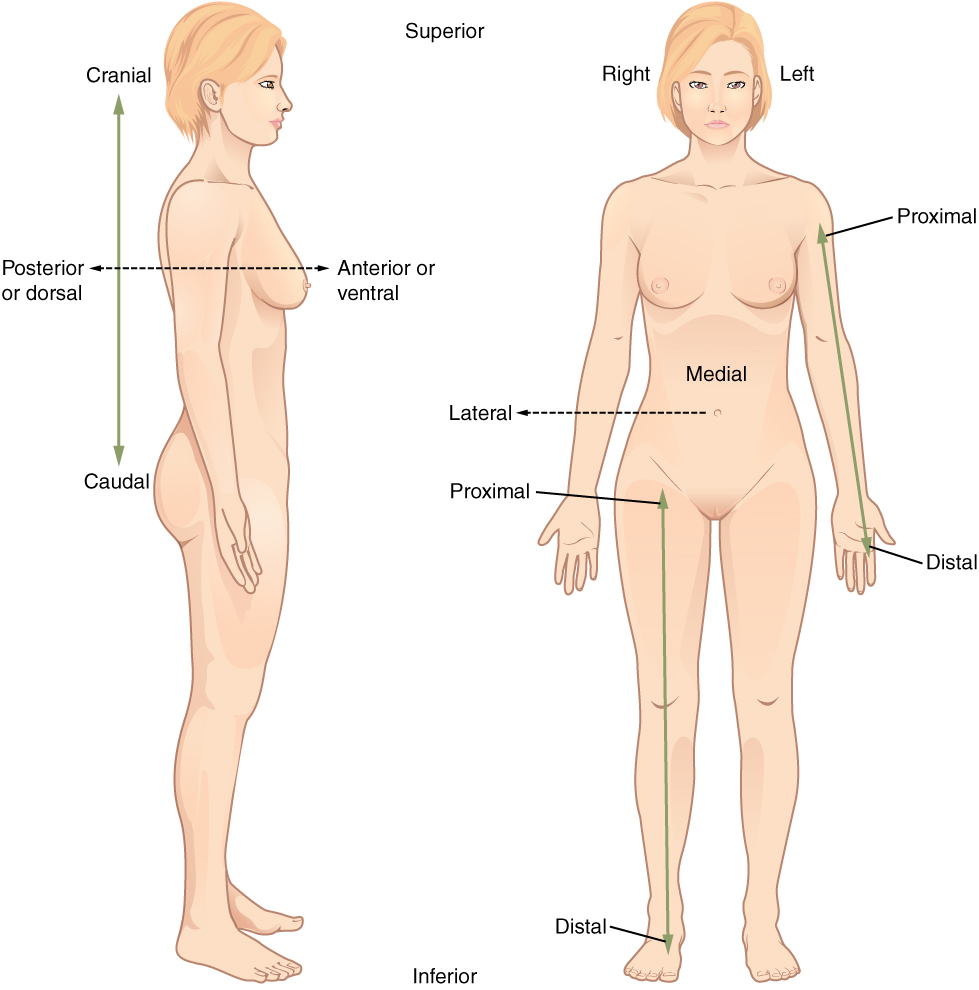 Each body system has specific anatomical reference points, which are explained in more detail in other resources related to each body system. And last, you will need to position the client in several different positions when performing a physical assessment including sitting upright on the edge of the bed, supine, lateral, high-fowlers, and semi-fowlers.